From 1986 through 2018, the Travel and Study Grant program awarded 1,109 grants totaling $3,875,8721 to emerging artists and Minnesota-based arts administrators to travel and do research.

This program received generous support from other sources, including the Dayton Hudson and Target Foundations (1986–2001), the General Mills Foundation (1988–2014), and the Art and Martha Kaemmer Fund of HRK Foundation (2002–2018). 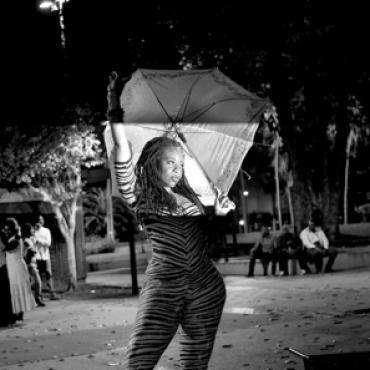 Travel and Study Funding by Discipline

The program supported opportunities for grantees to investigate their cultural and artistic roots, study with mentors, and attend training programs to develop new skills among many other activities. Grantees traveled from the Arctic to Khartoum, from Tokyo to Sarli village in India, and to 49 of 50 United States (excepting Delaware).

The Travel and Study Program was discontinued as a separate initiative after the 2018 grants were awarded. The objectives of the program were embraced in the new Jerome Hill Artist Fellowships, which provides an expanded level of support.

View all grantees in: