Joining the Jerome Foundation staff in 1997, Robert directed the Film, Video and Digital Production Program, which supports narrative, documentary, experimental and animation filmmakers in Minnesota and New York City. Robert was known by artists and colleagues in the arts and philanthropic community for his passion, advocacy and commitment to artists.

Robert was a documentary filmmaker whose Emmy and Festival award winning work was featured in American and European film festivals as well as national PBS, The Discovery Channel and European television. From 1989 to 1997, he was a senior producer at Twin Cities Public Television in Saint Paul, Minnesota, where he produced and directed documentaries in the Community Affairs Department—one of the first production units in the PBS system devoted exclusively to productions on poor and marginalized people and communities. 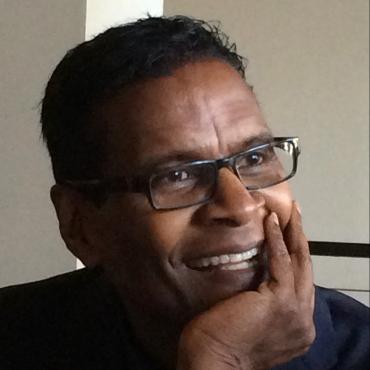 Robert served as a member and Board Member for the Twin Cities Film Festival and on numerous media arts funding panels throughout the country, including Tribeca Film Institute, The Independent Television Service (ITVS), the National Endowment for the Arts (NEA), and various state agencies. He also served on boards and funding committees of national organizations, including the National Association of Media Arts and Culture (NAMAC),

Grantmakers in Film and Electronic Media (GFEM), and the Paul Robeson Fund in New York City. He was on the Advisory Committees of Twin Cities Public Television’s Minnesota Originals (2010, 2012) and the New York State Council on the Arts’ digital media initiative. Daniel Bergin at Twin Cities Public Television posted some of the powerful documentary work produced by Robert: https://www.tptoriginals.org/remembering-ktcas-fearless-producer-robert-byrd/

Robert earned his BA from the University of Chicago. His first years in Minnesota from 1981 to 1985 were as an Associate Director at the Minnesota Civil Liberties Union. He was an adjunct faculty member at Minneapolis College of Art and Design in the Media Arts Department from 2000 to 2004.

Second to the arts, Robert’s great loves were dogs and food. His Keeshonds Leo followed by Lucky were regular greeters at the Jerome Foundation office. He was celebrated for the fabulous gourmet dinners he generously hosted.

Robert’s great spirit will be missed.

Come and enjoy Robert’s accomplishments through visuals, recollections of special moments with him and his love of music. Robert asked that this be a joyous event filled with love, laughter, and friendship.

Memorials requested to the Pancreatic Cancer Action Network or CaringBridge.

Please spread the word. Any questions, please contact Tom at 954-812-1957 or tburgerftl@gmail.com