We are greatly saddened with the news of the death of Jonas Mekas, filmmaker, curator, archivist, critic and all-around evangelist for independently made, avant-garde, experimental and underground movies and performances. Mekas died at the age of 96 on Wednesday at his home in Brooklyn, New York.

Mekas had a long-standing relationship with Jerome Hill, the Jerome Foundation, and the Camargo Foundation.

Hill appeared in a number of Mekas’ films: Birth of a Nation (1997), In Between: 1964–68 (1978), and Notes for Jerome (1978). Notes for Jerome was filmed and the soundtrack recorded during Mekas’ visits to Hill’s home in Cassis—what is now the Camargo Foundation. Said Mekas, “Those were lonely summers for me, I thought a lot about home. That's why this film, this elegy for Jerome is dedicated ‘to the wind of Lithuania.’ Sometimes, though, I had a feeling that Jerome was as much of an exile as was I.” Mekas was also inspired during his visits to Hill’s home to make the short film Cassis (1966).

Writing shortly after Hill’s passing in Film Culture, Mekas said, “One of the extraordinary things about Jerome was that while everybody around him was getting older with the years, Jerome seemed to get younger and younger.” The same is true of Mekas, whose tireless energy in supporting generations of avant-garde filmmakers and artists leaves an influential legacy.

You can watch a video of Mekas reminiscing about his relationship with Hill at https://vimeo.com/115010148. 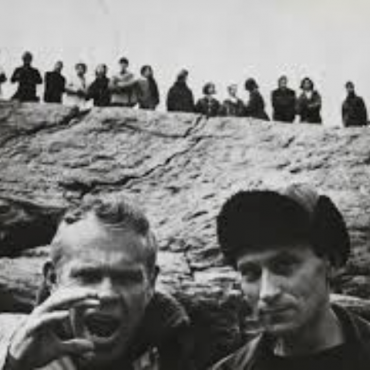