Darrius Strong (he/him) is a Twin Cities based choreographer, dancer, and educator whose creative work has been performed in Walker Art Center’s Choreographers Evening and Rhythmically Speaking. He was featured in the 2015 New Griots Festival as well as an American Standard Billboard advertisement in New York City Time Square in 2016. He was a 2017 Momentum New Works recipient. Strong has created works for Threads Dance Project, Flying Foot Forum, Alternative Motion Projects, and most recently was commissioned to create a new work for James Sewell Ballet. Strong developed his own dance company STRONGmovement in 2015. He is a faculty member at Saint Paul Conservatory Performing Arts High School, TU Dance Center. At Eleve Performing Arts Center, he teaches young dancers how to connect their identity to movement. Strong is also a company member of Stuart Pimsler Dance & Theater.

I tell stories through movement. I feel that our bodies tell stories and it’s up to us as individuals to define those stories. As a child it was hard for me to communicate my feelings through words, so I began to rely on movement as an outlet in times of sadness, frustration, anger, and other emotions.

I created my own dance company, STRONGmovement, because I truly believe that movement empowers conversation between dancers and audiences. Conversation invokes community building, an aspect of my background in hip hop I center in my work. Through the movement I create, I desire to empower others, create communities, inspire people to invest in themselves and their stories. 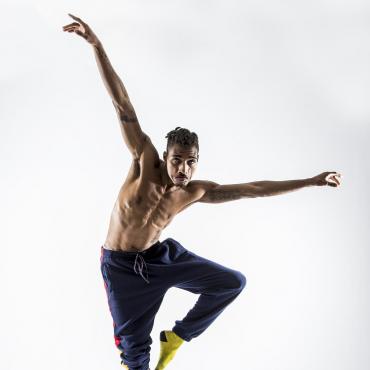